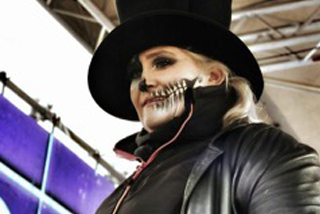 Master of Cermonies
Dayle Robyn is a comedienne, MC, radio jock and quiz master. She can be spotted on the scene at many of Jozi’s festivals, usually on the mic – and usually entertaining the crowds. Owner and boss at Uncut Media, Dayle Robyn (or DoubleD as she is fondly known) has MC-ed GeekFest 3 times in the passed and is ready to get her geek on again in 2018! 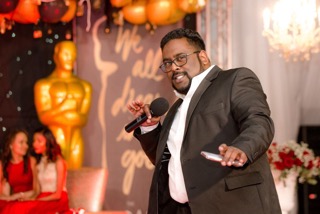 Master of Cermonies
“Life Happens In the Moments In-between” Charismatic entertainer and comedian Zaid Motala of ZHM Entertainment, is best known as “DarthZadyBun” in South African Geek Circles for his feature articles and reviews in Gaming Entertainment South Africa (GES) and New Game+. In addition to his written features, he has presented many feature spots in video segments for some of the biggest comic book stores in South Africa including Cosmic Comics, Project Mayhem and Smallville Comics showcasing products and events hosted at these venues. Zaid’s universal appeal, versatility, and “guy next door” aura makes him uniquely suited to live performances, improv-sketches and crowd engagement as everything is fair game and nobody is safe from his witty rejoinders. In addition to his many crowd-pleasing performances at various Corporate Events, Fundraisers, Weddings, Reunions and other Social Gatherings across KZN, he also recently launched the ZHM Entertainment YouTube Channel. The channel features reviews, hacks and opinion pieces on everything from Geek and Pop Culture Merchandise to the day-to-day dramas and quibbles of life on this side of the equator. As a philanthropist, Zaid is actively involved in fundraisers for CANSA and the Aryan Benevolent Homes Frail and Palative Care Home in his native KZN. Some notable career accolades for the multi-talented funny man in respect of the local geeko-sphere include having hosted spots at Icon by the Sea 2017 as well as the GEEKFEST 2017 and RAGE 2017 Cosplay Competition Awards Ceremony Shows respectively. Currently completing his first tongue in cheek comedy book – “Interludes : Tales of Dating by a Guy” Zaid lends his quirky and zany insight into the modern dating scene to the young (and young at heart) from the perspective of the average everyday guy next door.

We have a number of tickets available for the weekend. Click on the link below and have a look of what we have to offer you.
Ticket Info